Solar energy is the only solution for rising power crisis in India. Installing normal inverters for power backup in Homes is becoming inevitable even for middle class families.

Many states in India are suffering more than 14 hours power cut per day. Normal inverters which charge the battery with power from grid actually gives back only 80 percent of energy it saves from grid power, the balance 20 % energy is wasted during conversion process. No inverters are 100 percent efficient.

In each end every home where normal inverter installed, the 20% energy is wasted during conversion process. The numbers would be very high if the calculation is carried throughout the country.

So, charging the battery with solar power is the only solution to stop this power loss and to generate green energy from sun light.

Why they call ‘Hybrid Solar’ instead of ‘Solar’?

‘Sukam Brainy’ model inverter is hybrid solar inverter. It charges the battery with solar power and grid power as well, so it is named as Hybrid Solar inverter.

When the battery is fully charged, the inverter automatically switches to battery power even when the grid power is available. This facility is not available on other normal brands. So we can save some money on our electric bills by maximizing the usage of solar power.

If installed as additional inverter for home, solar power would be Very helpful during long and frequent power cuts where minimum required power for charging the battery is not available from grid.

It generates power from solar; no noise no fumes, green energy!

Charging is not possible when the inverter is in battery mode. Not useful during power cuts more than 12 hours. Useful under situations like 3 hours power cut per day.

This inverter uses the battery daily even under zero power cut situation, so the battery gets old in 2 to 3 years and needs replacement.

High cost- Total cost of the normal 850 VA solar inverter package costs around Rs.30, 000/- which is double priced compared to normal inverter package without solar option. The costs of solar panels are high and not affordable to middle class people. 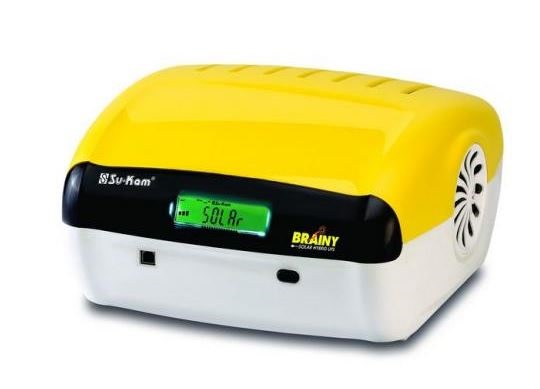 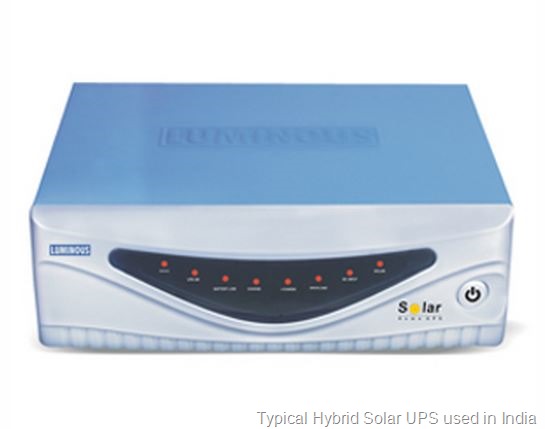