It’s a Big debate, that choosing an inverter and battery from same brand is good or not?

Let us discuss about the on-ground situation on choosing right inverter and battery from same brand.

Some companies are best in inverters and bad in battery manufacturing.

Here I didn’t want to point out any particular company, but I hope the readers would understand the fact.

At the same time we cannot ignore the convenience of buying battery and inverter of same brand. In such situation, the dealer couldn’t escape from taking responsibility, in case of any battery or inverter failure problem.

So, the warranty claim process could be little bit easy and smooth. But we cannot blindly trust any companies’ manufacturing both inverter and battery together.

Very few companies are out there in the market with good inverters and reliable batteries.

Su-kam is undoubtedly on the top of this list.

We should admit that the quality of Sukam Pure sine wave inverter is exceptional and way better than its competitors.

In addition with considering all above advantages, we wonder why Sukam has only limited number of models in batteries.

(Sukam has 10 models in its SMF – Sealed Maintenance Free – Battery series – From 50 ah to 200ah) (I don’t want to include SMF models here, as it is not a big seller in domestic market)

Inspite of Limited availability of models in Tubular range of batteries, we are really impressed with the exceptional performance of Sukam Tall Tubular batteries.

It performs even under very arduous conditions and prolonged power cut situations.

Less expensive than Exide IT500

It has 36 months warranty.

As per our experience, it has 4 years life expectancy. We have seen some sukam Tall tubular batteries which lasted for 4.5 years comfortably. But it all depends on the power cut situation on ground.

Sukam Tall Tubular’s specification matches the Market Leader IT500 battery in many ways, particularly we can expect 1200 cycles at 80% depth of discharge. In simple words – it matches the life expectancy of IT500 Exide.

If you plan to buy inverter and battery from same brand, we would like to recommend Sukam Pure sine wave inverters and Sukam Tall tubular Batteries (150 ah and 180 ah)

Readers who own this models post your experience and prices – it would be helpful to your fellow readers. Dealers also welcome to post their competitive prices with your contact details. 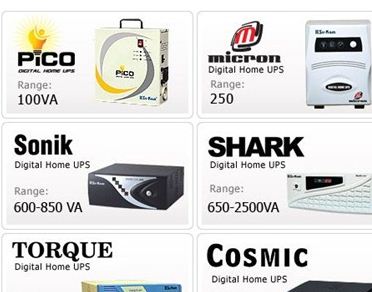