Many readers from India often ask this question to me.

People gets confused in using this term UPS and Inverter, some company is marketing their product in the name of Solar HUPS (HomeUps), and some technicians are using the word solar inverter,

OMG ! ……what is the real difference between these two terms?

Hybrid Solar UPS or Solar Inverter – How to Name it?

Actually, the ‘hybrid solar inverter’ which we are using in our Indian homes should be called as ‘Solar Home UPS system’. Because it has two inbuilt chargers, grid charger + solar charger, and it gives instant power supply in case of grid power failure.

But ‘Inverter’ is an electronic gadget which only converts DC power from battery to AC for utility. As I already said, this kind of gadget is not so common in India. But In USA, Australia and European countries ‘Power inverters’ are very common.

They use Solar Panels with solar charge controller for charging the battery, and use ‘Solar Power Inverter’ to convert DC to AC.

Solar Power Inverters do not draw current from battery continuously; it has some inbuilt function to save the battery from deep discharge and ensures long life for battery. Solar Home UPS in India also has the same function inbuilt to save the battery.

Solar panels can be connected directly to ‘Hybrid Solar UPS’, as it has inbuilt solar charge controller.

But we can not connect solar panels with dc output directly to ‘Solar Power Inverter’, we need a Solar charge controller device separately to regulate the current from solar panels.

There is nothing wrong in using the term ‘solar inverter’ for ‘Solar Home UPS’. But in USA or Australia they won’t call ‘Solar Power Inverters’ as Solar UPS.

Both are doing more or less the same job and moreover people in India are familiar with using the word ‘inverter’ for Home Ups. 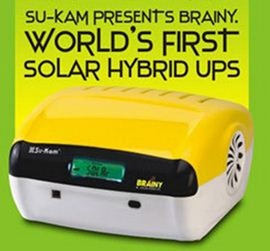 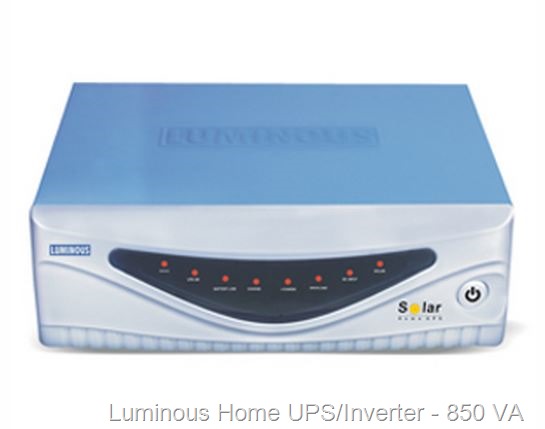